Tokyo Photographic Research (website soon to be launched) is heading towards its phase two, digging deeper and bolder into Tokyo’s fractured layers. Inspired by the changes in the city undergoing major redevelopment before the Tokyo Olympics 2020, the photographers shift their focus to different aspects of the urban landscapes, including the everyday, the unseen and the eradicated. The project, founded by Taisuke Koyama (b. 1978), aims at conducting a multidisciplinary study and documenting Tokyo’s new metabolisms. In addition to Koyama’s pixelated images of Tokyo’s patterns exhibited previously as Tokyo Photographic Research #01: Phase Trans at G/P gallery in Tokyo, two other artists – Mayumi Hosokura (b. 1979) and Arata Mino (b. 1987) are contributing to the second stage of the project.

The current state of technological advance allows us to manipulate images to an unprecedented degree and we now live in the era when ‘to create’ often means ‘to delete’. Cropped, filtered, reproduced and erased (REPEAT), an image becomes a self-obliterating and self-reincarnated medium. Data extracted from the old are used to create the new, and vice versa – thanks to artificial intelligence, we can recover the photographic ghosts from the past. The creative potential of such a revolution is a prevalent narrative and a method of the contemporary Japanese photographers. Through its hybridity, Tokyo stimulates a collaborative spirit encompassing all means of expression and crossing the boundaries of visual art, writings, sound and architectural forms. 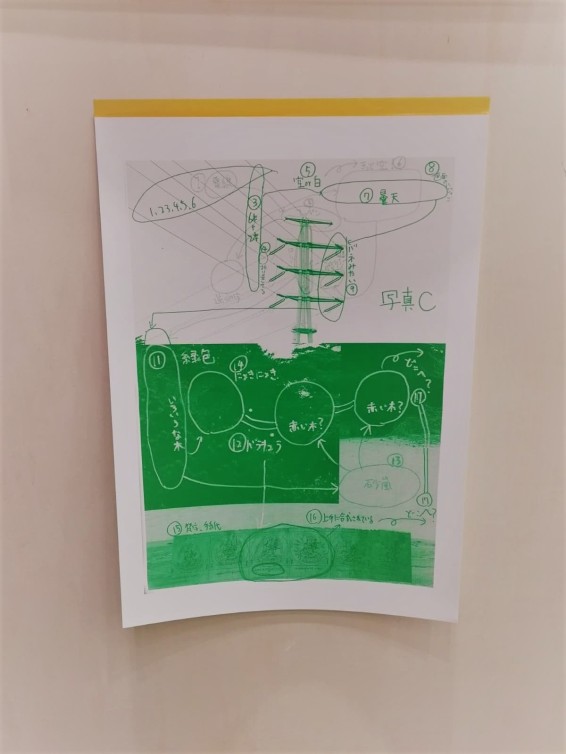 Consequently, the collective’s display assisted by a manifesto presented at the CO-OP programme of Unseen Photo Fair 2018 (Amsterdam) looks at Tokyo as an endless stream of data – mutable and infinite. Hosokura’s newest image TYV #1 depicts a frontman of a Japanese hip hop band Tokyo Young Vision, while Mino shows drawings tracing the transmission of electricity in Tokyo. These wide-ranging perspectives record photographic encounters which ultimately question the direction towards Tokyo is heading. Somewhere down the line, they become inquiries about the future of Japan.

Thus, there is a noticeable shift in the young generation’s approach to photography as a subversive form of information rather than a referential idea. Born into a world saturated with imagery and its endless reproduction, the young Japanese artists embrace errors, both accidental and intentional. The process and materiality/immateriality of an image is more important than a finished product or its context. The process IS the context. In all its capacity for radical and transgressive, the new erosion-fuelled methods somewhat recollect a stream of consciousness; a continuous flow of data generated pictures, embracing multitudinous viewpoints and impressions (visual, auditory, physical). The fluidity and interruption of Tokyo’s strata, its build-and-scrap character, as well as resistance towards tradition makes this city a perfect set for such a visual laboratory. We all who have visited Tokyo live vicariously through its endless façades.

View all posts by Dominika