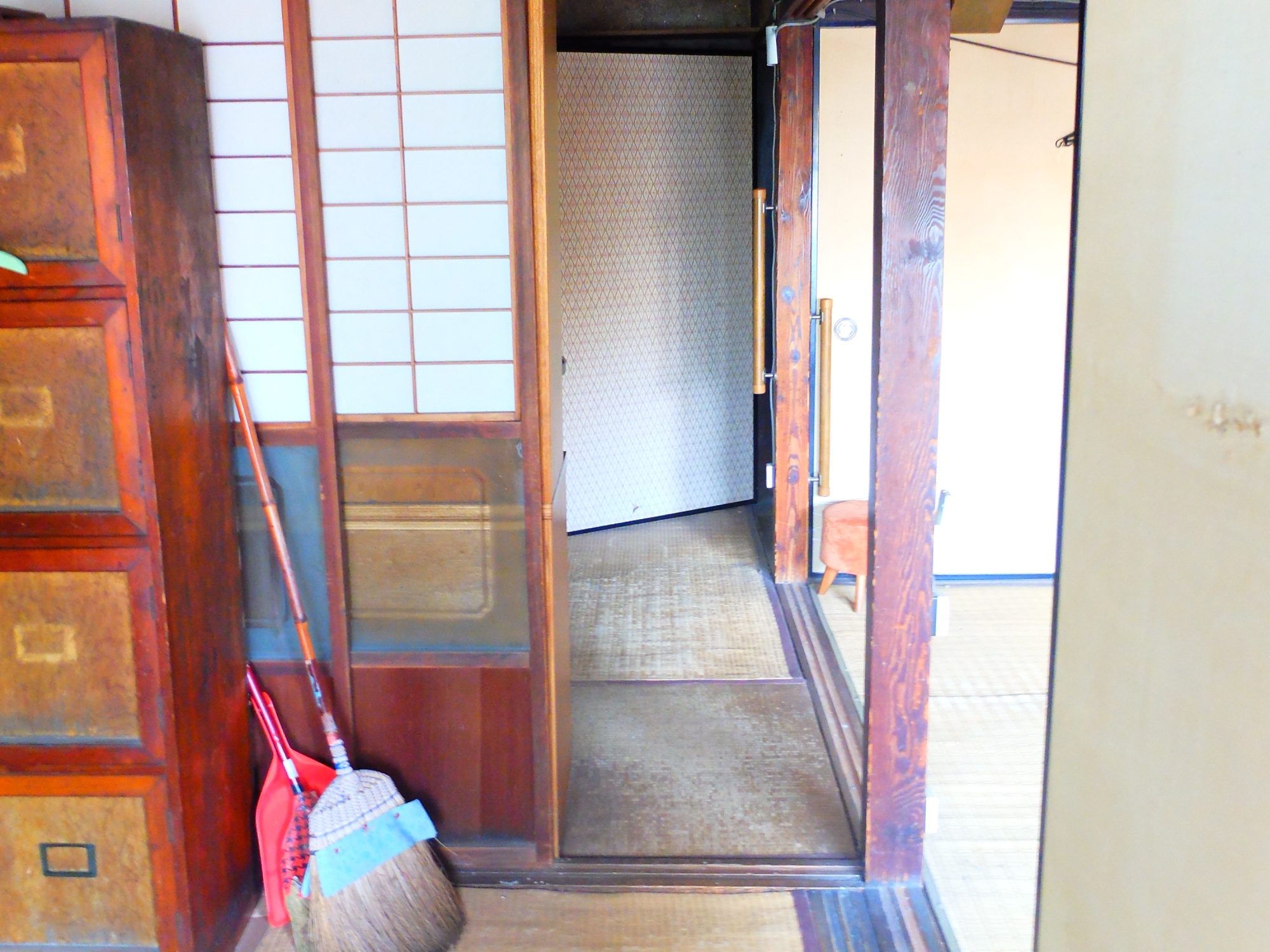 ‘Certainly, for artists of all stripes, the unknown, the

idea or the form or the tale that has not yet arrived, is what must be found.’

Rebecca Solnit, A Field Guide to Getting Lost (2005)

‘I believe that art is about discovery, learning, exchange,

and collaboration. Art has the power to create 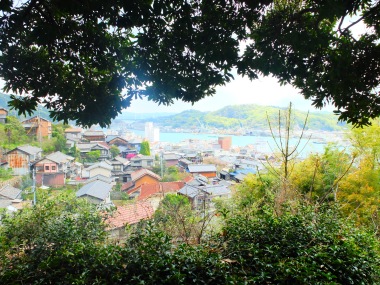 Onomichi is a small town in the Hiroshima Prefecture right by the Seto Inland Sea. It spreads along steep slopes, inhabited by numerous temples cloaked by trees and bakeries so small that one discovers them only guided by your nose. ‘Watch out for the meandering cats’ somebody warns me, and I soon learn that if pastry is on show, the cats will claim it.  One of the family run wagashi (traditional Japanese confections) shop is Tatsumiya, where I was invited behind the scenes to sample edamame mochi and where I quickly became enveloped in the scent of butter, green tea, sticky rice paste and sweet mixtures of unknown origins. Tatsumiya’s emblem is a sea horse and once again I was reminded about the proximity of the sea, which makes this place so scenic and relaxed. In 1168 a port opened here and for the next five centuries it became a centre of rice shipment and trades with foreign countries. When talking about the origins of Onomichi, Kiyohito Mikami, a local artist and curator in the Nakata Museum of Art tells me that the town’s community remained accepting and unbiased about other cultures.

I am looking at various brochures & texts received in Onomichi, which I visited in April as a part of my research residency in Japan. Here I was introduced to the AIR Onomichi project (acronym for Artist In Residence) with its hub in the Air Café/gallery run by Komyouji Kaikan, an art initiative founded around the Komyouji Temple. Not being able to read in Japanese (yet), I only paused at English phrases and this is what I picked up:

“I edited it as a document with quality, such as movement of the creation site and feeling of air, established the situation of exchange and creation”

The inability to understand everything gives at times opportunity to focus on ideas that shine through. And when foraging through maps, photographs and my own memories of the place and its people, I am now able to create a picture of an inspired society that stunned me with its openness, engagement with the past and thirst for ‘exchange and creation’. During the presentation I gave in the AIR Café, I met Yutaka Inagawa, Ono Tamaki and Kiyohito Mikami, artists and art educators. They asked about a book that inspired me, any unrealized project dealing with utopia and my most current concern; questions suggesting curiosity about my relationship with the world. I also met art students, who shared with me their works: crafted, reflective and experimental. I was lucky to meet Fukuda Megumi, a photographer from Hiroshima, who planted hundreds of artificial red tulips around the country house that once belonged to her grandparents. She titled it Eternal Garden (2003). My views on Japanese photography were challenged by Akira Yasuda, a professor at the Fukuyama University, whose own photographs are seminar on light, form and tenuousness of the quotidian. Indeed, the AIR of philosophical and empirical investigations into the world fills the Onomichi’s historical landscape.

Every year AIR Onomichi invites artists from around the world to participate in their residency programme. The scheme coincides with the Abandoned House Reclamation Project, an ongoing renovation (2007- ) of derelict houses scattered around Onomichi’s rolling hills. The number of vacant houses in Japan is rapidly growing and some say that by 2020 there might be almost 10 million of such properties.  I stayed overnight in one of these renovated homes and woke up to a breathtaking view lit up by the sun (and an empty house just in front of the window). Often left behind by the elderly who can’t cope with the town’s vertical layout, the dwellings have been slowly reclaimed by  nature. Seeing them as a legacy of the past and a hope for the future, they are used for the artist residencies, projects and performances. One of such initiatives is ‘Organizing Abandon’ in collaboration with Malaysian artist Shooshie Sulaiman (b. 1973). By scrupulous collection of literally everything (from wooden beams to ashes) found in the ruins of a former greengrocer, Sulaiman acts as an archivist unravelling the unknown stories to map her own narratives. Blending Malay and Jomon culture, astronomical observations, carpentry from Indonesia and new materials, the project turns into a conversation about multiculturalism and histories of the others that become ours. Deconstruction is being replaced by enrichment through participation and interpretation.

Onomichi’s artistic scene is driven by multi-layered debates, intellectual inquiry and experimentation. Arts are thriving here, whether they are visual, literary, performative or architectural. One could say that AIR Onomichi, or maybe even the Onomichi’s society are an experiment themselves. Being artists and art teachers, Yutaka Inagawa, Ono Tamaki and Kiyohito Mikami place the emphasis on cognition and investigation. The process of unearthing something and the path to understanding are productions of art too. Art’s place therefore is not only in the galleries and the exhibition venues, but it also belongs to the playing ground, garden, studios, laboratory, kitchen, inquiry and the infinity of try and error.

Japanese art critic Arigo Tsuguchi writes in his short essay To Create Everyday Life that ‘art doesn’t really exist somewhere in isolation separate from our lives’ and adds that ‘we can understand “art” as an activity of creating a new way of life and an investigation of the (possible) ways of life/or the world we live in’. Here in Onomichi art does come out from the institutional walls into the surrounding fields; and vice versa, the ways of living implicate artistic perspectives. The possibilities of such collaborations are endless, and the walls come down creating an open stage; borderless and beautifully unpredictable. In this way, Onomichi’s artistic collaborations remind me of situationism with its spontaneous mapping of the everyday geographies.

And that is precisely why standing at the crossroads with the blues in one’s ears is as artistic as any portrait by Cezanne, readymade by Duchamp and Jack Kerouac’s poem. It gives us choice and makes us alive. Thank god for journeys and intersections!