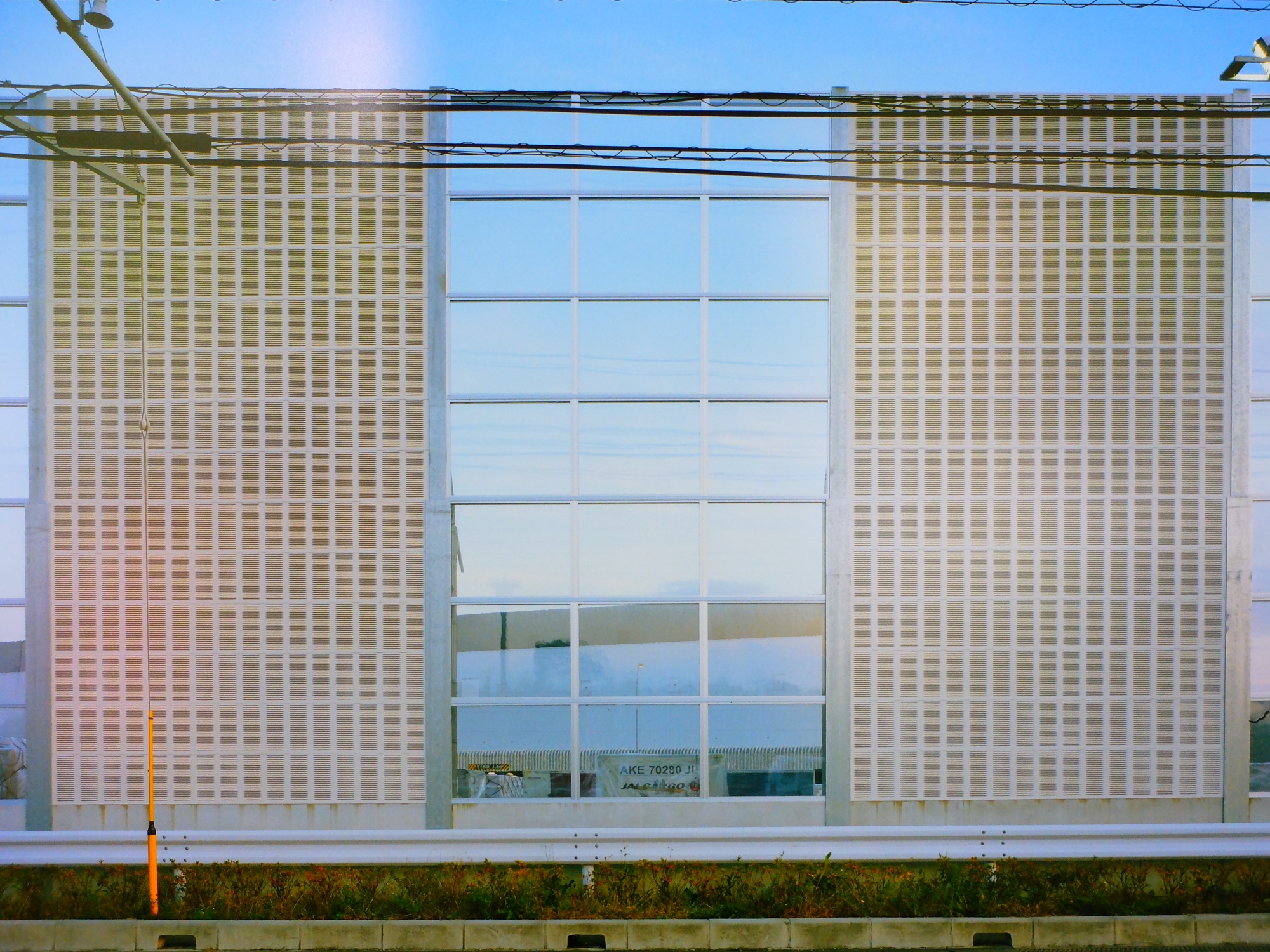 Japan is changing. Inevitably. The country we know from old postcards and associate with ancient stories and bamboo groves is heading towards an unknown future. There have been periods of long stagnation and compliance in the Japanese history but there have been also moments of extraordinary composure. And even, at times some violent confrontations, during the which the society stood up to orthodoxy and fought for their land. Two approaches: the calm acceptance with all its serenity, and the resistance with its quiet despair have been voiced on the images of two Japanese photographers, Tomomi Morita and Tadashi Ono.

While almost everything differs these two artists, from age to attitude towards the photographed landscape, there are some aesthetical elements which bind their works. Both tell a collective story of people’s relationship with their land, drastically changing in front of their eyes. The two exhibitions, Sanrizuka – Then and Now by Morita and Coastal Motifs by Ono feature on the main programme of the International Photo Festival Kyotographie 2018 (Kyoto), and it seems apt that they share the same exhibition venue, Horikawa Oike Gallery. Being a part of the Kyoto City University of Arts, the gallery can be associated with youth, curiosity and diversity. Indeed, with their displays Ono and Morita provide a meaningful discourse about environmental issues, capitalist culture and the choices artists make to convey their ideas.

Tomomi Morita’s (b. 1994) empathy can be sensed in his images of fences, walls and borders. Taken out of the context, the structures remain metaphors for divisions, some visible and some unspoken, yet remaining inherent in lives of people connected to the land they have been fighting for.  Morita’s project looks at the so-called ‘Sanrizuka struggle’ fifty-two years on from the moment when in the 1960’s local citizens started battling for their rural village in Chiba prefecture, threatened at first by the creation of the Narita airport, and with time – by its expansion. Despite representing a much younger generation, who cannot possibly empathise with the Sanrizuka issue, the artist succeeds in seeing a universal struggle in the story of Sanrizuka people. Now, when the visual representation of the revolt disappears, and the barracks once occupied by the fighting students are gone, Morita contributes his own memories of the events; silent constructions that divide us from the bygone actions. Placed on the wire fence, the exposition aims at remaining concrete and relevant.

Concurrently, Tadashi Ono’s images of the coastal wall built along Iwate, Miyagi and Fukushima in the aftermath of the tsunami 2011, seem to expose the uncanny beauty and serenity of this shielding structure. Reaching ten or even fifteen meters in some places, it is a striking reminder of the catastrophe and a monument of hope that the next great wave can be stopped. Displaying a soothing scale of monochromatic greys, the concrete barrier at times blends almost seamlessly with the sky and the sea. They form a rhythm, which travels along the origami-like fragments of the wall, its folds and stretches. Partially documentary and somewhat poetic, the images of the partition – despite its eminence – present it as a canvas for the emblematic motifs of the coastal landscape: the houses, the bushes, the tiny flowers. This is perhaps an attempt to accept the inevitability of the changes and to show that such a new landscape can appear harmonious and that life goes on. Regardless.