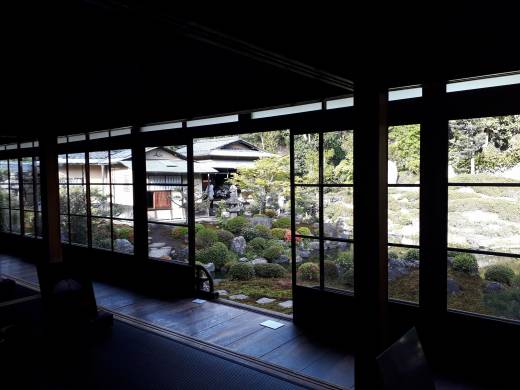 I am visiting Kyoto and Japan for the first time ever. I was never going to be objective about the land of the Rising Sun because – as shallow as it sounds – this is Japan; a distant country that has fascinated me for quite some time. At the beginning, you can’t believe you are here, remaining fooled by the beauty of the temple gardens, the sound of the gongs and the grassy scent of the matcha tea. After a period of a sheer disbelief, the curiosity kicks in. Your senses become spongeous, absorbing all things big and small: the linguistic expressions, the order in disorder, the invisible movements, the organic rhythms, the in-between colours and tastes: delicate, opulent and often indescribable.  Some things are different here, some are pretty much the same as in ‘the West’ and everything is either overwhelming or underwhelming (but in a good way). Bear with me. This is a story of Kyotographie 2018, the International Photo Festival taking place in Kyoto right here and right now.

This UP-beat impression of the city might have been stimulated by the Kyotographie’s inclusive character. With its fifth edition and a theme of ‘UP’, this young photo festival has been growing into an influential enterprise which prides itself not only on rediscovering the established artists and noticing the most talented ones, but most of all on showing thought provoking themes. As Lucille Reyboz and Yusuke Nakanishi, the festival directors say, the main concern of this year’s programme was to stimulate and to provoke, which perhaps eventually may lead to a change: in looking, thinking and understanding the world we live in. I also sensed that the idea behind the ‘UP’ leitmotif is to stay alert and not to become immune to the things that do matter, whether they are local affairs or global issues.

To make something UP

but not to give up.

With this message, Kyotographie touches on the national Japanese psyche strongly bound with societal responsibility, historically placed here beyond and above the individual. Concurrently, there is a clear allusion to a national stagnation – both economical and sometimes cultural. Kyoto, as an old capital and a beacon of Japanese tradition remains as unchanged as it possibly can, protecting its unique ways of being and seeing. Even its geographical position surrounded by mountains gives it an air of a protectionism. Being different can be risky here and both Reyboz and Nakanishi have been determined since the beginning of the festival’s life to open the city up onto new trends and influences. Remaining unchanged becomes with time a false comfort. Promoting diversification, openness and, most importantly – curiosity about the other is what makes this festival so powerful and relevant. Especially at times when the world needs to stay UP and together. 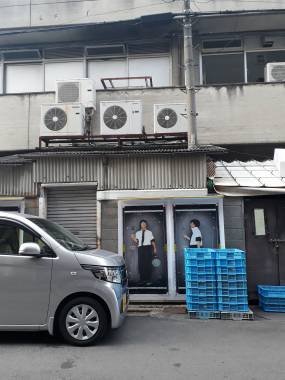 Being a photo festival, Kyotographie definitely delivers on the visual side with its programme rich with striking exhibitions that linger in memory for long, whether it’s a documentary about fashion (Jean-Paul Goude, So Far So Goude), images of the workers from a local wholesale food market (The Hatarakimono Project), Stephen Shames’s photographs of Black Panther’s protest in the 1960’s or a photo document about the richest teenagers on Earth. Kyotographie is constantly opening our eyes onto the world’s most impending or exciting affairs through its main curriculum, which is accompanied by KG+, the festival’s satellite event that aims at providing a networking platform for emerging photographers, curators and writers. A plethora of talks, screenings, guided tours and performances take place across the city, rejuvenating it and making it a celebration of photography, arts and passion for life.

Moreover, Kyotographie aims at providing a more unique understanding of the city through the choice of the venues, which the attendees have to find by meandering across Kyoto with a map. Take for example the exhibition Flowers at Their Fate by Yukio Nakagawa, an ikebana artist that fashioned his own form of this traditional Japanese art of flower arrangement. Perceiving flowers as humans, he understood that when cut and artificially composed, flowers – just as people – become devoid of life, remaining rather symbols of death; however seductive and elaborately composed. The photographs of the flowers and vegetables occupy the interior of a Ryosokuin (Kennin-ji, the oldest Zen temple in Kyoto) and face a beautiful vegetation of the garden outside the windows. Tradition and modernism sit side by side here, forming an irresistible dialogue on the perils of beauty.

Then we reach the Sazanga-Kyu (a former Ice house), an abandoned space which is as claustrophobic and disquieting as the exposition of Gideon Mendel’s Drowning World. Presenting a personal effect of the flooding across the globe, he inevitably comments on the endangered ecosystem and the fate of our planet. Filmed from the water surface level, the recordings of the submerged streets and houses inhabited by people ploughing through the high waters, the audience very soon becomes a part of the narrative: hopeless and discomforting. This is additionally heightened by the darkness of the ice house, corroded and filled with the stench of damp. Another display in the ice house challenges us to face the Irreductibles by Alberto Garcia-Alix, portraits of the outcasts, who dared to live differently and cherished the freedom of expression (political, artistic and sexual). The use of rough interiors stresses a tender and compassionate attitude of the photographer towards his sitters. His humanity and sincerity prompt questions about our own openness and acceptance of the unfamiliar.

Afterwards we visit a retrospective of Masahisa Fukase Masahisa Fukase: Play in a machiya, a traditional wooden townhouse typical for Kyoto’s downtown. Later we follow onto the Former Printing Plant to view the Generation Wealth by Lauren Greenfield, where the lingering smell of ink plays on the blackness of this vast underground space. The humid, suffocating scent of the interiors play on the leitmotif of the money and wealth, displayed so unashamedly by the characters on the photographs. The golden path guides us around the show and the overwhelmingly vast space, ornamented with rusted pipes, hand written notes and red alert lights; remnants of life, work and money which all once inhabited this place. 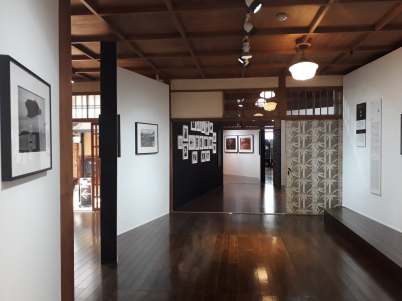 In this and many other ways Kyotographie remains an inclusive and enriching experience, which does not forget about the past, but forces us to investigate the present and to be vigilant – but also to look forward to – the future. Always onwards. Always upwards! 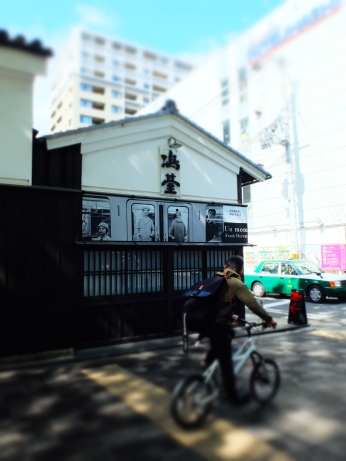 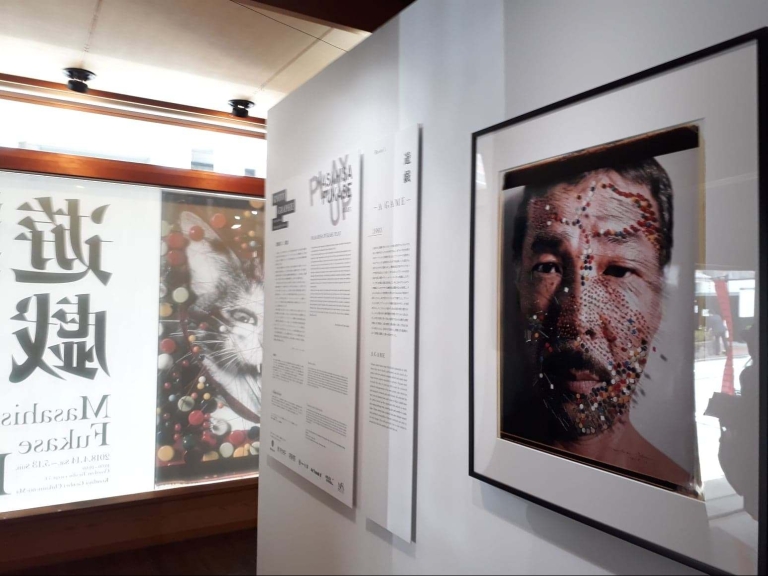 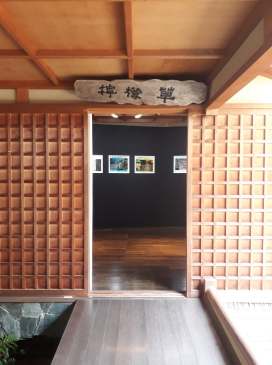 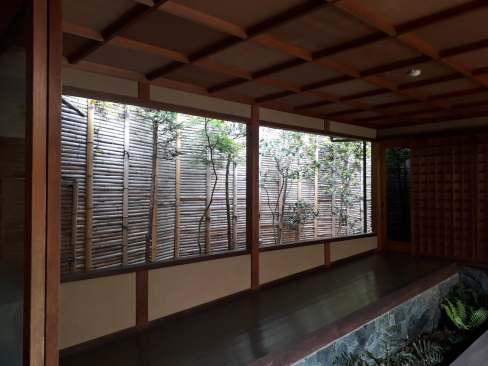 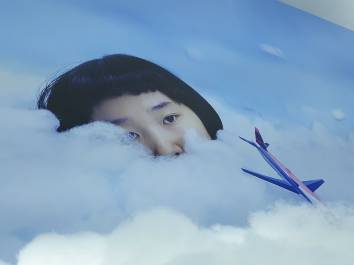 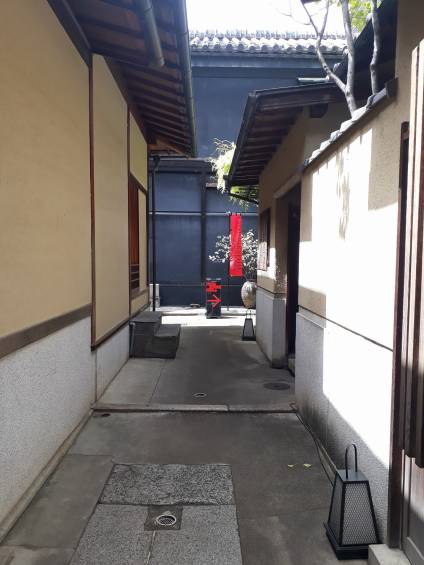 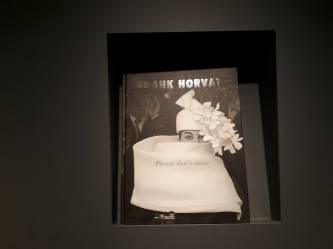 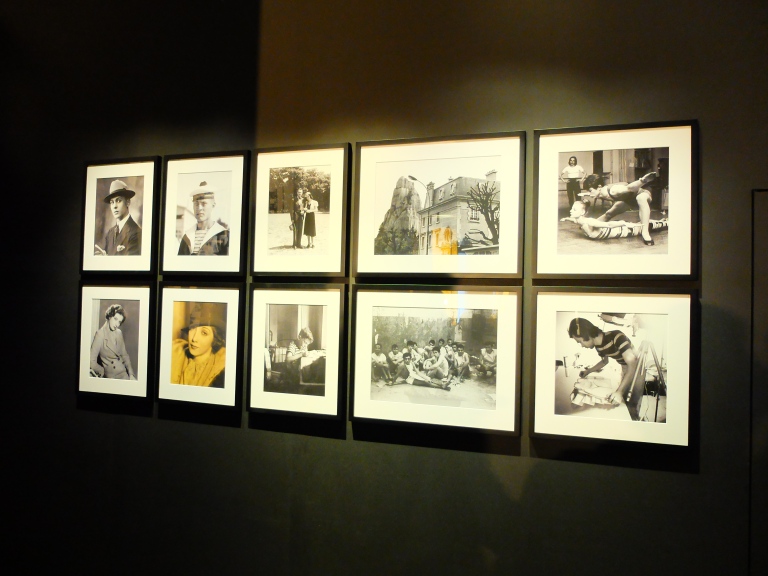 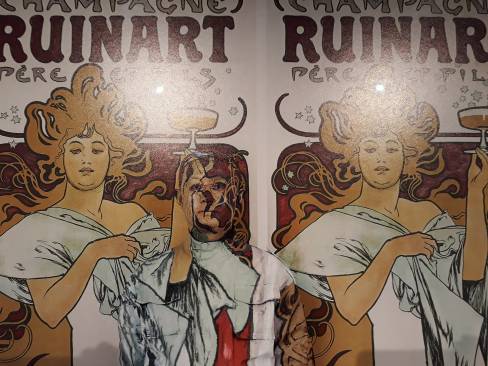 The essence of Kyoto