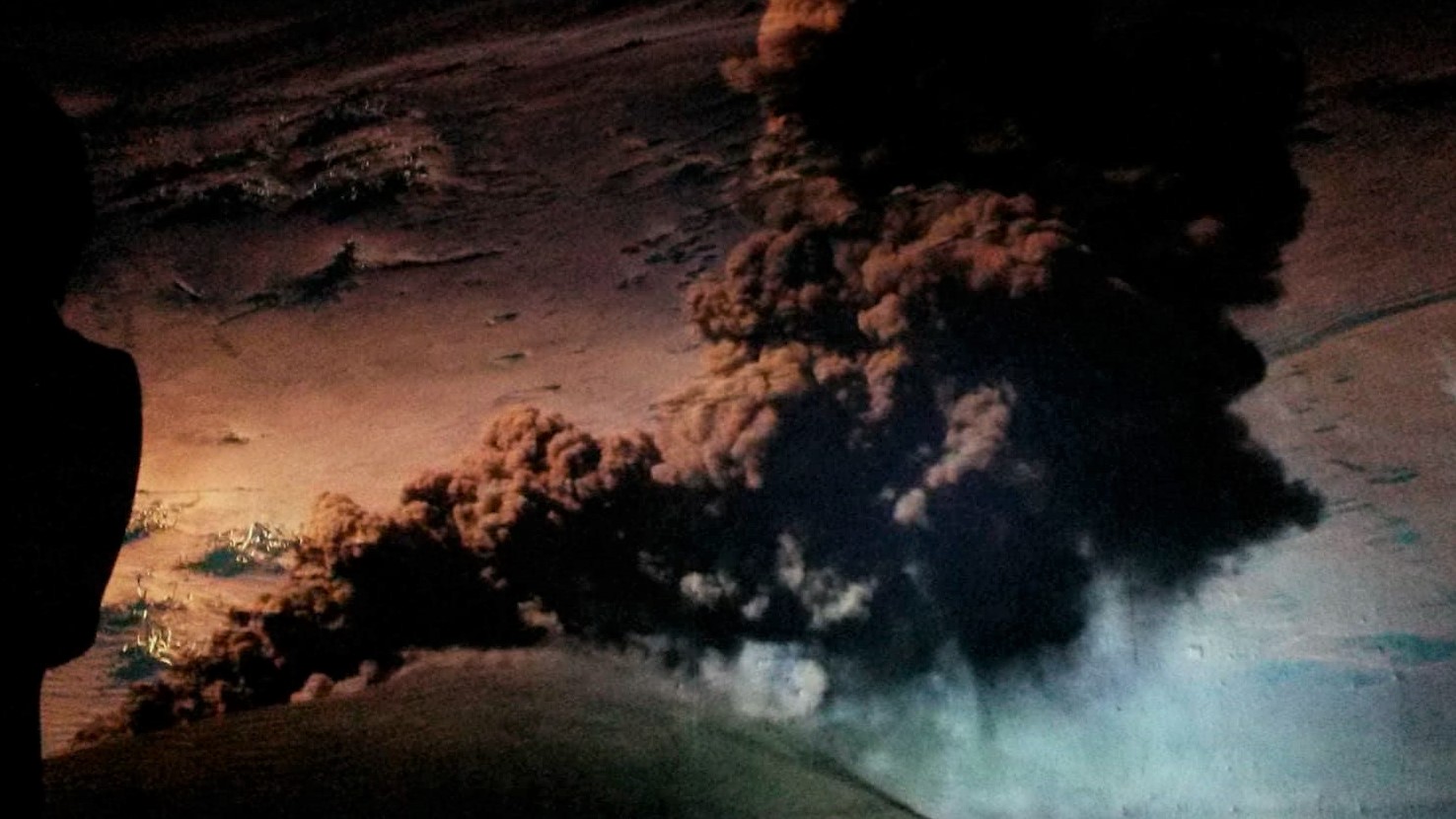 “Maybe it is not the destructiveness of the volcano that pleases most, though everyone loves a conflagration, but its defiance of the law of gravity to which every inorganic mass is subject. What pleases first at the sight of the plant world is its vertical upward direction. ”

The volcano eruption is a profound spectacle from which we cannot turn our eyes away. Imbued with volatile beauty and metaphysical facet concomitant with being, time and substance, it is a trance-inducing show, in which the mountain imposes decease on others through its own resurrection. And then comes silence and a shadow, which transcend physicality and force us to question our very perishable selves. There’s death, but there is also a rebirth in this tragic act that spares no lovers. *

The latest multimedia show Absence and Ambience by Takashi Kawashima in the Daiwa Foundation is an attempt to communicate an atmosphere and its physical imprint, rather than gather material evidence of the disaster. Following a growing interest in the new generation of Japanese photographers, who experiment with the photographic medium and the materiality of the image, the show offers another – after last years’ revelatory ‘Generated Images’ by Taisuke Koyama – exercise in photographic style. Some prints here are manipulated, zoomed in and pasted on fabric tubes shaped in organic forms. Among them stands ‘A Rubble’ (2017), a found piece of wood with naturally corroded patterns. The sculptural aspect of the display recollects forms encountered in the post-tsunami landscape. This is not just another photo show. It is a conceptual installation proposing a new photographic language to come. ** 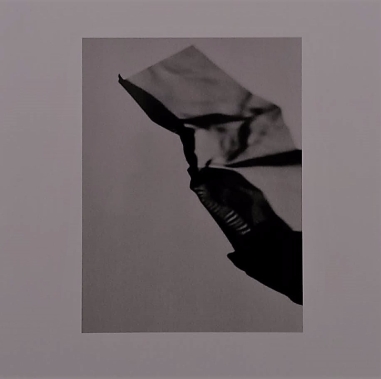 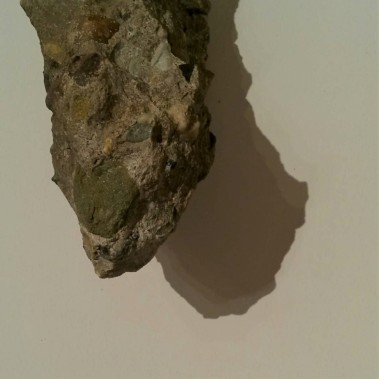 Born in Miyagi prefecture in Tōhoku region that gave name to the calamitous 3/11 Great Tōhoku Earthquake, Kawashima is naturally drawn to the post-catastrophic imagery, which revolves around traces of things, lives and their inner light. They are often gathered and presented in a non-sequential way, making this miscellany more open to interpretation.  Through proposing a new way of narrating the catastrophe, Kawashima engages in a dialogue about the photography that feeds on oppositions such as light-darkness and life-death. Consequently, the show is a discussion about the nature of the photography, its fundamental laws and new potentials in revealing the unseen. Just as death would not exist without life, shadow/image disappears when deprived of light.

Take for example a video projection of ‘A Place of Red Clay’ (2015), in which the footage of the swirling ashes being fired out from the crater is intertwined with fragments of Susan Sontag’s novel The Volcano Lover (1992). Seemingly a true record, the video was created from both internet and Kawashima’s images, which generates questions about the purpose of such a documentation. Likewise, the quote from Sontag is a commentary on the aesthetic appeal of the spectacle, while dismissing its measurable qualities. Facing a print of ‘The Sun (Blue)’ with a luminescent halo impossible to discern with the naked eye, the projection confirms that the artist ponders on the nature of photography and its malleable character.

When talking to Kawashima, one gets a sense of his deep interest in the literature, particularly the non-linear narratives that depict the story’s fragments, scattered around like rocks and ashes. Rather than putting them all together into a coherent entity, Kawashima leaves the viewer with an opportunity to shape their own version of the calamitous events out of multiple images, objects and words. He surveys the topography of the devastation and obsessively gathers evidence of destruction to reveal, paradoxically, the beauty in what has vanished. There’s no finish or aim in this task, apart from collecting memories and shadows.

And perhaps the best words underpinning Kawashima’s project are ‘The shadow has been burned into the wall’ displayed right next to the photograph of a withered dune, on which human footprints are barely visible. Printed on glass and casting a gentle shadow, the phrase leaves impression that Kawashima’s photographs are the vehicles for something more than just the image; they are moments of fragile and uncertain lives enclosed within a frame of artful reflection about the inseparable relationship of humans with nature.

** A reference to Takuma Nakahira’s For a Language to Come (1970), a canonical text of the Japanese post war discourse on photography, in which the author postulates a necessity to find new ways of expression for the medium. Nakahira was one of the founders of the Provoke magazine, a photographic periodical that promoted so-called are-bure-boke aesthetics (rough-blurred-out of focus). 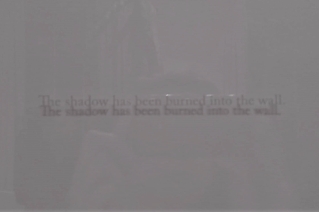 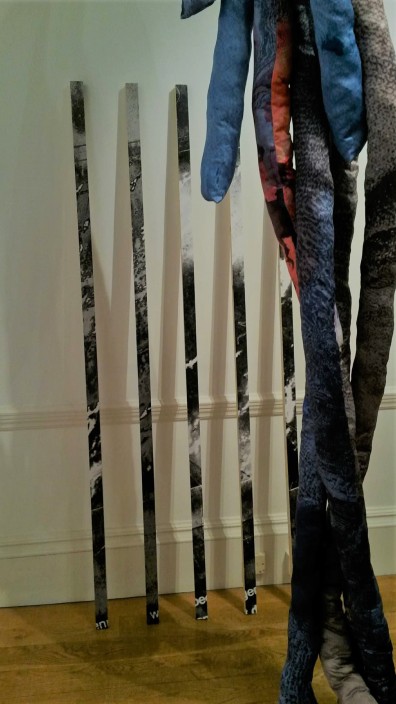 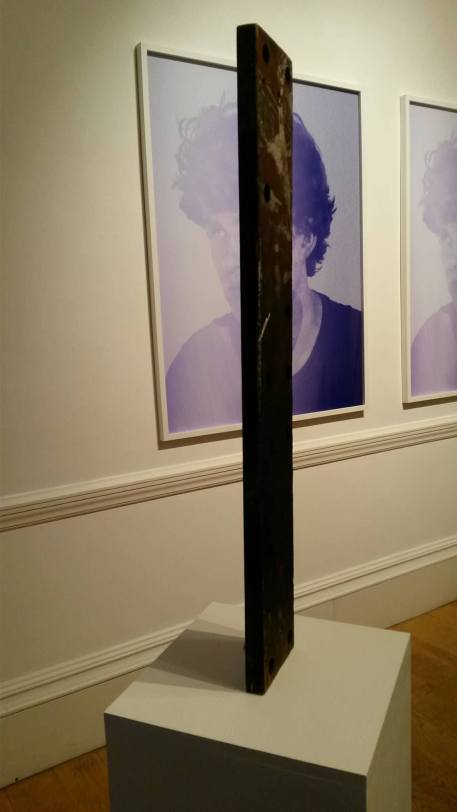