In his book A Japanese Mirror (1984), Ian Buruma, a Dutch historian and author of numerous volumes on Japan describes ‘continuities behind the façade of constant change’ that epitomize so-called Japaneseness. Japanese arts have long been considered as somewhat schizophrenic in their constant attempts to reproduce the West on one hand and their pursuit to portray the ‘national identity’ on the other. Marked by natural disasters and the tragic outcomes of its militarisation that erased Japanese cities to the ground, the history of Japan reveals a peculiar and fascinating need to look into the past with zeal to rebuild, to reimagine, and to remember.

This approach of discerning the past, while focusing on innovative aspects of Japanese art in the Twentieth century, is represented by Michael Lucken in his interdisciplinary study Imitation and Creativity in Japanese Arts. From Kishida Ryūsei to Miyazaki Hayao (2016). The book is a survey of Japanese ‘creative imitation’ and the author argues for the elasticity of mimetism that makes Japanese art so hard to pinpoint. It explores Kishida Ryūsei’s Portraits of Reiko (1917-1929), Kurosawa Akira’s Ikiru (1952), Araki Nobuyoshi’s Sentimental Journey – Winter (1970-1990) and Miyazaki Hayao’s Spirited Away (2001), and the author’s method is based on initial description, followed by careful historical and theoretical examination. In this way, the author avoids playing with pre-requisite ideas for the sake of proving the argument. All pieces present an interesting and chronological array that play with the idea of art’s reflective qualities and form an enriching dialogue between the old and the new.

The book starts with Kishida’s Portraits of Reiko, a series of twelve depictions of the artist’s daughter, executed every year around her birthday. The viewer witnesses the striking transformation in the artist’s style and technique; from realistic oil painting a la Holbein, to chilling ink portrait of Reiko’s demonic face, conceived from simple brush strokes in traditional Japanese style. Through borrowing different methods from other artists but applying them in a highly personalised ‘distorted’ way, Kishida created an uncanny illustration of the passage of time and his own artistic education.

Similarly Kurosawa, famous for adapting Western literature, tends to direct attention to the nature of the medium. Watanabe, the dying protagonist of Ikiru wants to make a change; to leave a trace and build a playground in the post-war Tokyo’s poor neighbourhood. While the film bears a similarity to Tolstoy’s story The Death of Ivan Ilyich (1886), it is also the director’s personal statement. What is the need of recording? What is the nature of mirroring the world in film? Lucken highlights that Kurosawa’s answers are to seek originality in a collective creation and juxtapose ‘the real’ with ‘aesthetical’; like Watanabe’s death, discernible on an X-ray photograph, and memorized through the cinematic medium. It is suggested that art seems to be at its best when meeting life. 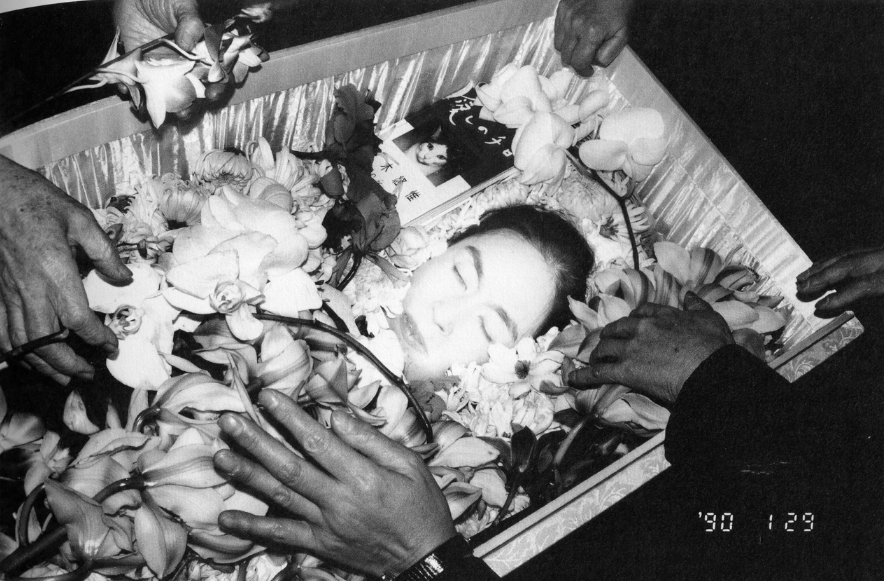 Araki is known for his daily repetitive routine of taking photos continuously, often of similar subjects and objects. Repetition is a part of his artistic oeuvre and he uses it in his Sentimental Journey, a series of photographs focusing on Araki’s relationship with his beloved wife Yōko, from their honeymoon to her death in 1990. Lucken focuses here on the significant and unexpected image of Yōko’s hyoid bone, traditionally being retrieved after cremation. The author’s insightful description highlights how by placing this venerable, yet never photographed object next to other common ones, such as a Buddhist tablet and Yōko’s portrait, Araki confronts his own fears and society’s dogmas.

In its excellent last chapter, the book takes the reader on a journey around Spirited Away and its recurring visual geographies of verticals, horizontals and ‘adventures of the oblique’. The vertical scenes are echoed in the design of the treacherous bathhouse and recollect a city with its all-consuming aspirations. These are contrasted by horizontal passages filled with tranquillity and restorative powers. Lucken notes the conflicting facets of the high-rise and landscape perspectives that have underlying social implications, subtly offered by Miyazaki. Out of both, the director distils his own diagonal way, which signifies the unstable, but also the transitional and regenerative. Again, as Lucken proposes, it’s when the art goes askew, that it highlights the importance of the mundane recurrence.

Maybe the subtlest of all of Lucken’s interpretations is encapsulated in the outer book sleeve, with the reproduction of Untitled (1959) by Gutai member Sadamasa Motanaga. By using familiar materials and inspired by tarashikomi (a traditional technique of Nihonga), the painter created a new artistic phenomena in the shape of so-called ‘performance paintings’. Led by the words of Gutai’s leader, Yoshihara Jirō, ‘transformation is nothing other than renewal’, he understood that inventing lays in disseminating the past and repetition that comes from profound appreciation. Following Motanaga’s example, Lucken also harks back to the fathers of re-invention.

View all posts by Dominika